Recently, We have been fed with news in all media especially on facebook regarding one Chidinma Ojukwu a 300 level student of Unilag and Late Usifo Ataga of SuperTV CEO. Chidinma Ojukwu happen to be a side chick of Usifo Ataga and eventually, Chidinma allegedly stabbed him to death and she has confessed to stories of how she stabbed him and why he stabbed him after taking drugs together in an apartment. We have been hearing similar news everywhere and we know it's not new.

My question is why do married men cheat or have a side chick even when the wife most times is prettier? Why are the girls accepting the sugar daddy?

my first thought is that the women get a Sugar Daddy because of money and expensive lifestyle.

Please drop your comments below 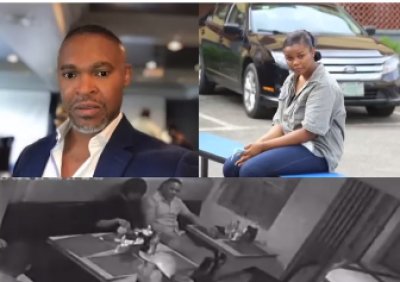 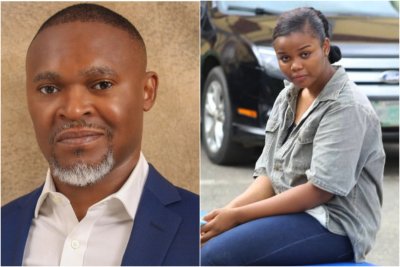 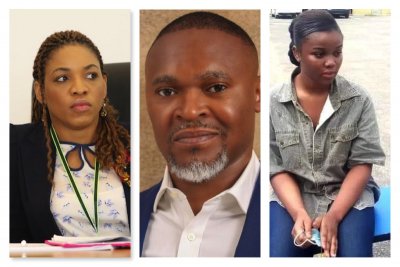 I love that question sir
To my understanding sir
Many of marriage men cheat or have a side chick because some of them mis choose why some of them do that because their wife never give them enough chance, some women do complain a lot,and some men are full of avaricious (greedy) once they saw woman they lose their control and once another woman out their have been talking Care of them than the house wife, problem have started from then,and some women are lack of respect, some can't wake up in the morning knee down to greet their husband while the concubine do more than that outside their.
The best thing I can say is that woman should pray before getting marry likewise men, because woman are full outside their to tarnished glory of your marriage, that's why we need God Everytime, because no one is perfect.
May God help us..
**Olasunkanmi**

Well, true that there are chances that wives may have been a little reason for men to have side chick.

But a married woman taking care of the children may be exhausted to start doing all the play everytime the man wants.

I think the best way is self control on women matter
****

You are very right. Most times it is just self control.
When single men have all the sex adventure and when they are married the adventure stops because of family pressure and that is when self control should come in
****

What an amazing topic this is.
Well first things first, there's no justification to cheating in any way.
So if a man decides to cheat on his wife, that's because he already has the intention of doing so from the onset.
I might blame the women to some certain extent, because when a woman gets married, and starts to give birth.
Most women just look too comfortable, they care less about their shape and appearance which many attimes turns their husband off.
Even when their husbands talk to them about it, they just feel less concerned.
These tends to push most men outside. But that is not enough reason to cheat.
**Just me**

No matter the reason a man choose to give for being promiscus, it's still not enough reason.

I don't feel for the death of Usifo Stags because he was the cause of his own death.
I just feel sorry for the pains he has brought upon his wife and children.
Whatever has happened to him is a product of the actions that he performed and strongly believe that right now he would have been regretting his actions in the grave.
There is no justification for cheating, people because they want to, it starts from the mind.
Actions are performed based on the manifestation or the thoughts of the mind, it does not happen on its own.
Well if you ask me why men cheat I would say it is because they want and not for any other reason.
Gracias.
**liltech**

Well men just cheat because they want to, men cheat out of greed selfishness, aside that the lack of empathy and self discipline makes them cheat.
The deceased Usifo Ataga that is late after been stabbed by his girlfriend should be regretting his actions right now.
I don't see why a man that is married would choose to cheat in his wife for no reason because there's no justification for cheating.
Well he learnt his lesson the hard way...

INDEED! there is no justification for cheating. which means if anyone cheats, they cheat because they want to

But about women changing shape after getting married and having children, i would disagree to some extent. After giving birth, some women's system changes and may take a very long time to adjust again. So, one can only judge on how long the woman gave birth and if the woman is not stressed in taking care of children. If the children are stressful, how can she take care of herself? Let the man get a help that can help the woman first and then she should be given enough money to take care of herself. If all that is done and she doesn't help herself, then you can blame the woman
****

INDEED! there is no justification for cheating. which means if anyone cheats, they cheat because they want to. Though everyone makes deliberate mistakes sometimes. But being killed by it is way too much punishment as there is no remedy after death
****

There are some men in which whenever they have little money in their pockets the next thing they do is to be looking for side chicks, now according to this information about the university of Lagos student who stab her sugar daddy to death this serve as a warning to those girls out there doing the same thing.

Men have problem after getting married some men will soon be doing different types of things out side with other ladies.

Some men cheat because they can't take off their eye from what they see out side,let consider how some girls dress out side ,some girls will dress and open up part of there body our side.

Some men cheat due to the character of the wife at home if you are a woman and you don't give your husband a peace of mind all what you know is to create problems then there is possibility for your husband to look outside and cheat on you.
Another thing g is that some men are naturally womanizer.
**Abbey **

Yeah nice question dear so let me come up from this aspect to tackle the question that has been asked why does married men cheat.
The truth is before a man gets married most men or lots of men have more than one girlfriend so this traces and habit have been there before they get married so even after marriage you will find out that the habit has been there previously before marriage and still goes on.
Another point is that many do not want to cheat but because of many circumstances this can lead to married men to cheat.
For example, if a married man is not having satisfaction at home in terms of sexual fulfillment or enjoyment my wants to look out to other women.

Another example is if a man keeps some set of friends that have all these kind of side chicks apart from their wives from there the man can be so much influenced to go into such habit and also have side chics and cheat.

The truth is if a man does not have control over sexual urge, such man would find it hard not to cheat because before a man gets married it has been there even after marriage so one needs be disciplined.

To have self-control and greatest of it all is to submit himself to God spiritually and when is committed or else cheating will just be like a normal thing for married men to carry out.

where as the wives also needs to brace up with good attitude to keep on encouraging their husband give the husband sex when he needs it.

not that they should be telling the husband and say they are tired also for this things are part of what pushes the married men out to go and treat or keep other relationship with another man so this is my view on this matter why men cheat.
**Help the needy and love everyone**

We have lot of men ,and men are of different nature sometimes men cheat because of lack of satisfaction some men are not satisfied with there wife at home that why they have so many girl friends iut side.

Some mean cheat because they can not take off their eye from what they see out side,some men cheat for fun just to have fun with a girl and paid her off.

Men be satisfied with what you have you wife should be enough for you don't look else where.
**Olatoke **