Another UEFA champions League Is around the corner between Chelsea and Manchester City who fought all the odds and came on top for the final.

Already, Chelsea lost a final between Chelsea and Leicester City which ended 0:1 in favour of Leicester City after an exciting evening from the two sides in the FA cup final crowning Leicester City as Champions in the 2020/2021 FA cup season.

A last chance for Chelsea to dust themselves up and fight for another chance for a trophy in the Champions League final In Porto. though Chelsea will be facing a stronger side in Manchester City that Chelsea defeated two times this season and both sides will be motivated to win.

This all premier League teams fighting for the trophy 🏆 won't be an easy one to pick. Manchester City are the stronger team but the Chelsea side is a resurrected side under the new boss.

To me, I feel the Chelsea side already lost a final and will be extremely careful and may affect their performance while the Manchester City just won the premier League and will flow better than the Chelsea team and the fact that Manchester City would not want to loose a 3 consecutive loss to Chelsea.

I see a 1:1 draw in 90 minutes and Manchester City winning at the extra time period to be crowned winners.

But if the Chelsea side doesn't make the same mistake of team selection they did in the FA cup final, they may become the winners.

Let me know what you think about the Champions League final. 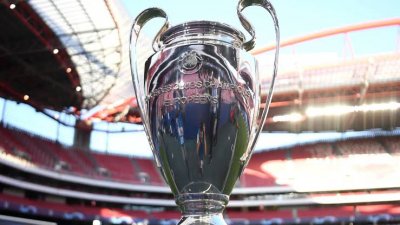 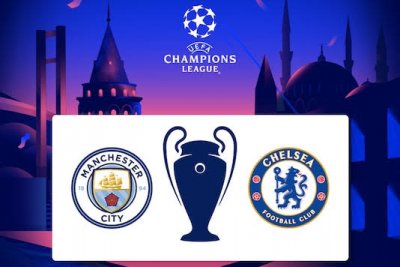 It is one of the best leagues in football's history, people talk about it, yearly, people live with it, people dream about it, it is the UEFA champions League final. A competition involving more than 30 clubs from elite European competitions, coming together to bolster and entertain the fans, and winning an award at the end of the competition. Over the years, some elite clubs have faced in the final and it has been a tasty and an engaging match to watch. This year's 2020/2021 UEFA competition sees two premier league giants come together to battle for their glory. These two teams are elite clubs in the Barclay's premier league, each having a good play in the premier league so far, who comes on top? We will see on the 29th of may. Although, the favorite to likely win the competition is Manchester City, having seeing the quality of football they play so far over the years. On the other hand, Chelsea also has an edge in winning, as they can surprise the world of football, having won teams like athletico and real madrid on their way so far to the final. The UEFA champions league sees both Chelsea and Manchester City fighting for glory. We anticipate the 29th of May 2021, the winner will break history and the game will be enjoyable and breathtaking to watch.
**The pursuit of Excellence is gratifying and healthy **

Congratulations to Chelsea on their Uefa champions League triumph against Manchester city having won the game by a single goal.
Despite having many chances in the game, Hervertz effort was enough to seal the victory for Chelsea in the game.
Manchester city lacked the cutting edge and the quality we have always known them for through out the season.
Which might be as a result of the excessive pressure in the game.
But all the same Kudos to Chelsea for winning the champions League, make it the second time they have done that.
The long wait to winning the champions league for Manchester city is still on...
**Just me**

Congratulations to Chelsea for winning their second champions League having won the first in 2012 with the likes of John Terry, Didier Drogba and Frank Lampard.
I never supported Chelsea to win the champions League final against Manchester city.
But sincerely speaking I must say that the victory was well deserved no doubts.
Chelsea players played the game with their heart, they played the game like their life depended on it.
The marking was collective, their attack was massive, defending in that game was superb.
Infact every single thing that Chelsea did in that game was superb except for the fact that their striker Timo Werner missed alot of chances in that game.
Congratulations to Chelsea once again, what a well deserved victory.
**liltech**

@lilcent: I would blame Pep Guardiola for Manchester city's loss to Chelsea in the Uefa champions League.
His tactics in the game actually failed him and his team.
It's a big shame for a coach like Pep Guardiola to loss three times to Thomas Tuchel without learning from his mistakes.
In a game where you are aware that Chelsea's strength is on the counter attack, you choose not to play a defensive midfielder which tells you how terrible his tactics was.
I strongly believe that Pep Guardiola would have learnt from his mistakes, even though he learnt from it the hard way.
**Just me**

Congratulations Chelsea winners of the UEFA champions League 2020/2021 season.
What a well deserved victory for Chelsea as they defeated Manchester city by a lone goal.
The goal from Kai Herbert in the first half was enough to seal the win for Chelsea.
Kudos to the coach Tomas Tuchel for a job well done

I strongly tip him for the manager of the year award.
**Man United for Life**

@nagian👏 I strongly believe he's going to win the award for the manager of the year.
Coming to Chelsea in just the middle of the season when the team was in shambles and winning the UEFA champions League with Chelsea despite how terrible Chelsea was in 2020/2021 season.
Taking Chelsea to two finals in just a space of 6 months and winning the champions League is a a achievement that needs a well deserved award.
**Just me**

Congratulations Chelsea champions of Europe what an amazing achievement from Thomas Tuchel and the Chelsea team as a whole.
There's a saying that you're only as good as your team which is enough reason not to only commend the coach but the players as well.
Sincerely speaking no one saw this coming, no one gave them a chance.
They just kept on winning against all odds playing against Athletico Madrid.
Against Porto nobody gave them a chance but they were triumphant, the same thing against Real Madrid.
The final against Manchester city was magnificent, the played as a team, defended as a team and they won as a team.
Kudos to Chelsea once again.
**Just me**

I hope they would be able to win the club world cup because they have not won that trophy before.