Uncle Fred got admission to study at the University of Ilorin Kwara State. My parent's joy knew no bond because they all were going to be relieved of the task of having to come back late from their travels to other states simply because they needed to come back home and take care of me. I grew up under the watch of my parent's workers due to how busy my parents were in their quest for wealth and firm. Sometimes I usually felt I was an accidental child to my parents because they both cared less about me as though they never prayed or planned for a child.

My dad and mom were both happy uncle Fred was going to stay in our house while schooling to take care of me as our house was close to his campus. I liked uncle Fred, he was my favourite uncle because of the chocolate 🍫 and biscuits he usually buy for me when coming to visit.

Everything was going fine between I and uncle Fred until the devil got a grip of his mind. It was a Thursday evening when I got back from school and rushed to uncle Fred's room to tell him about my new class teacher that danced for us. When I got to his room he asked me to take off my clothes that I was smelling bad and he wanted to wash me in his bathroom I did so excitedly and uncle Fred started touching and caressing my private part asking if I was enjoying it. I told him yes and uncle Fred leid me on his bed and continued. Before I knew it uncle removed his stick and started forcing it inside my private part and I screamed because it was painful but he quickly closed my mouth with his hand and I could shout no more. Blood was coming out of my private part uncle Fred was done. He took me to his bathroom washed me and change the bedsheets and asked me never to tell mom or dad about what happened. This continued for a long time.

My childhood was ruined, I had no friends I hardly had happy moments, I was depressed. I never had a reason to be happy.

She burst into tears after narrating the whole story to everyone who was present. Say no to rape. 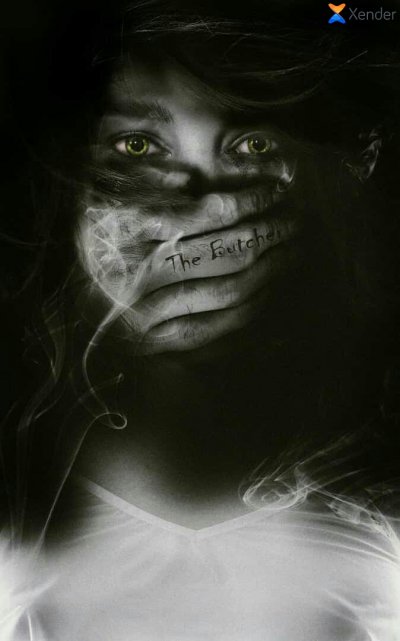 I feel so sorry for the lady in question.
I could imagine how terrible her life was after the rape incident.
The best advice for her is to move on with her life because if she decides to take it up, it's going to be a wasted effort in court.
Based on the fact that the incident happened a long time ago.

@lilcent: What makes you think she won't get justice of she decides to take the case to court.
What a wicked world we find ourselves in. A world where wicked acts are done and nothing is being done to the perpetrators of this wicked acts.
I believe if she gets a good lawyer, she would win the case.

@ojc(E😀 hmmmmnnn... This is very disheartening. I feel so sorry for the lady.
But it's going to be very hard for her to win such case in a Nigerian court.
Before she can win such a case, she needs to have a very strong evidence she can use against her uncle in the court of law.
Ofwhich I don't think she has looking at the number of years that has passed after that incident had happened.
If she takes that case to court and doesn't win the case, she could be sued for defamation and then she would pay for damages.

I really feel sorry for this young lady as this type of incidence happens many times in different places and many and lots of young ladies have been victims of these activities.
When this type of activities happened to those two ladies as soon as they feel insecure and they feel sometimes that keeping it untold is the best they could do as we do not have experience or know what is really the right move to make and all that.
I will say that is why it is good for parent to be friends with their children not to be too harsh sometimes so that their wards or their children can open up to them in anytime they are going through, challenges or any form of maltreatment from anybody.
I've heard of different stories and and happenings of people that went through this type of sexual harassment and recent is in one of the actor that was on social media and people really stood against such activity.
When this type of thing happens I feel what is left to do is the how to open up but I know sometimes it will be very had for them to say without being threatened and all that but so good that this lady now can come out of her shell and what their uncle might have told in the past and all that.
Only if more ladies can open up and start coming up I think this will go a long way to reduce this such behaviour and those that are involved in doing so can stop totally and I also feel that the law should be hard on such people that does something like this and that there should be more adverts and education on what this victims should do anytime they go through such experience.
**Help the needy and love everyone**

@Fashnet: I feel parents have a huge role to play in the upbringing if their kids.
A lot of kids not just the girls alone, even the boys have sexually molested by either their relatives, neighbors or family friends.
Which is not known to anyone because even the kids are afraid to talk.
Look at the case of Baba Ijesha and Princess's daughter that took place of recent.
It took the young girl seven good years before she was able to disclose the rape incident between her and Baba Ijesha.
Parents should please spend more time with their kids, parents most especially mothers should be their kids best friend.
This would go a long in reducing rape incidents like this as the child would be able to disclose whatever is going on with her to the parents.

@Vickybrown: Hmmmmnnn... I think you're right to a certain extent with that statement.
In the court of law what is right is not relevant if you cannot prove it to anyone.
As long as she has no real evidence due to the number of years this happened, she might lose the case and even pay for damages..

Parent shouldn't be too conscious of work than there home , work is nothing the life of your children are very important ,parent monitor your children very well dont let them be used by anybody any how.
In the case of this lady ,I could see that her parents did not have time for her her parents put their trust on uncle fred.

Uncle fred you are a criminal in fact you have to pay for this action you have done, you are not even afraid seven years old girl what uncle ferd you are heartless .
Baby girl I feel what you pass through sorry.
**Olatoke **

I can imagine the position this lady will be ,for the rest of her life she can not forget that memory of what uncle fred did to her.

Uncle fred rape a girl of seven years ,wonders shall never end ,this lady has been in sorrow for long ho my God.

That is why it is not good when parents like there work more than their homes did you see what happen now,parent supposed to find time for there children but some parent run after money and forget about there children.
Fred you should pay for this what you have done is bad and therefore you should be punished.
**Oladipupo **

@iyanu,you are very right that useless uncle Fred must pay for what he has done.
He has damage the life of that lady ,it is an ever lasting sorrow and cry.

This will serve a lesson to parent ,parent should know the type of person they will admit to their homes.
**Abbey **