Three students of Chukwuemeka Odumegwu Ojukwu University (COOU Anambra State were found dead in their hostel at the Igbariam campus of the school at the weekend.

Although the cause of the incident has not been.ascertained , people in the campus suspect foul play as they were locked in their room from outside.

Two of the students were found dead on their beds while the third was found in the kitchen.

The Public Relations Officer of the school said the university was not aware that some students in the second year class and above were still within the school environment because the university closed on the Wednesday, 24th August 2022 ,after the second semester exams and would resume on October 1st, 2022.

However, security operatives are investigating the matter and would inform the public of its findings at due time. 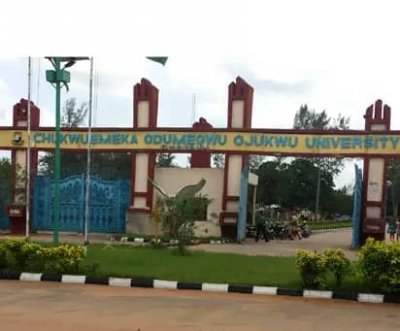 Truth need's to be told, because how can two be found on their beds and one in the kitchen. What really happened?🤔
**Prince Benjamin**

These death is not ordinary
**Samuel Kingsley**