The presidential candidate of the All Progressive Congress (APC). Asiwaju Bola Ahmed Tinubu has reveled that the former president of nigeria Obasanjo is the greatest election rigger in Nigeria in a statment.

He explaned how the former President, Late Umaru Musa Yar'Adua became president and he said "the election that brought me as a President into this country is flawed and I will reform it." he forther said the resone the late president worn the election back then was that it was rigged by Obansanjo thus saying that Obansanjo is the greatest election rigger in the country.

He also added saying that the resone why we have epileptic power supply in Nigeria because of Atiku and Obansanjo's administration. he explaned that they opposed him when he introduced a great power that will keep a steady power supply in the country but later he worn them in court "I introduced independent generating power projects in Badagry. What did he do? He and Atiku opposed it. I went to court. Who was my lawyer in court? Osinbajo. I won in court and we started generating 300MW, the first state to do it. Imagine, that was in 1999. If Nigeria was dedicated to electricity generation, you would not see Dunlop and Michelin move out of the country. Look at our roads, look at the vehicular density in Lagos alone". he concluded by atacking the presidential candidate of the Labour party (LP) Mr Peter Obi saying that he is only vast in creating a container economy. he said "And he said maybe he can go and expand the port in Benin Republic so we can clear our cargoes faster, I call that 'container economy, Obi China.". 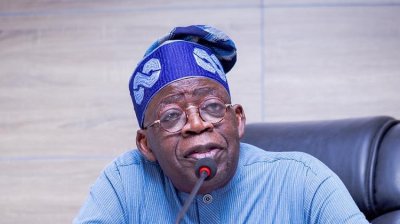 Whatever Tinubu says about Obasanjo doesn't change the fact that OBJ is wiser in the game of politics than all of them.

People even outside the country take OBJ's words seriously when it comes to Political matters.


Tinubu is only crying foul and even if he wins the election , it can only be because it was rigged.
**I love being me.**

Well to me I will say it is true because obasanjo is a legend is the game and he know what to do, how to do it, where to do it and when to do it.

Though both of them know how to rig election very well and since obasanjo did not support Tinubu so both of them will find all means to win the election. May God just save us before, during and after the election
**HIGH-DEE**

There indeed might be a truth i statement made by Tinubu.
After all, Obasanjo is on of the God father's on Nigeria.


Am sure if there was to be a caucus that picks and appoints presidents or leaders in Nigeria.

Obj would be the head of that Caucus.

@DivineDomokuma: tinubu has served as the former governor of Lagos State. he is very prominent and has a lot of connection in the country
**Prince Benjamin**