The 2020/2021 Premier League season is coming to an end with just 7 games left and here are my prediction:

2. Manchester United : Man United are 2nd in the league and have 1 game to tally with Man City and are 7 points ahead of 3rd place Leicester City and Man United have all the edge as their games are the most simple compare to the top 6 teams and which can give them the edge to meet City who still have two strong games.

3. Liverpool/ West Ham United : I place Liverpool and West Ham 3rd because i believe Leicester will loose points because of up coming games and Liverpool is gaining their ground gradually. West Ham are like Man United with easy games left for them.

4. West Ham United/ Leicester City/ Liverpool/ Chelsea: West Ham United can remain 4th if they continue with this form which if they don't loose a match, they will make 3rd because of their games left. Leicester City have to be very strong to make top 4, I believe their games are the toughest. Liverpool fixtures are easy. Chelsea really have big difficulties as they have 3 strong games which are in the top 4 and i don't see them winning 2 out of 3. at best is 1 win and one draw and that will take them off the top 4 chase.

Between Leicester and LIverpool. A hard one But Leicester will survive.

Chelsea have 3 strong games. I don't see them winning all. If they were 3rd, They may have survived. but coming from 5th to top 4 will mean they win all their games and i don't see that happening.

Those are my prediction, please drop your comments bellow and lets see your thoughts 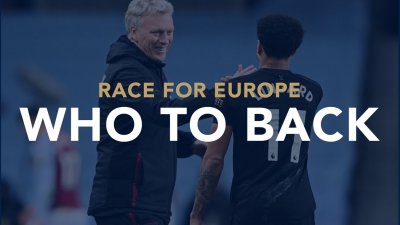 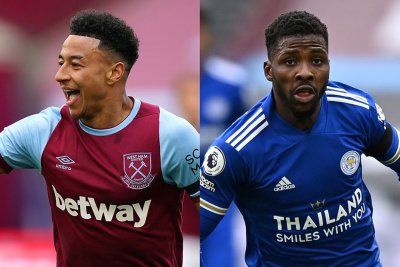 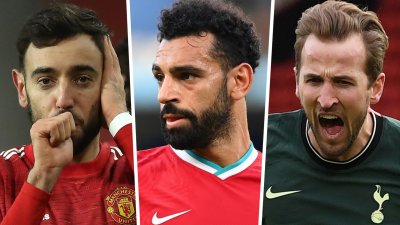 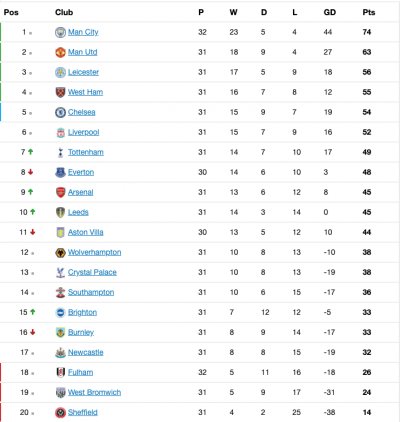