Rocky times seem to lie ahead of Yoruba's self determination struggle following threats to the unity of among its promoters.

Unfolding developments have left the once united fold divided . Already, key leaders of the platform, Ilana Omo Oidua Worldwide, IOOW, through which the agitation is being promoted, have resigned, leading to questions on what could have led to the development.

Supporters and opposers of the movement are interested in knowing the reasons for the crisis.


The resignation of some key leaders have sent shock waves across Yorubaland given their commitment to the struggle notwithstanding their age.


Akintoye cited old age for leaving while Adeniran and Adeleye threw in the towel due to fraud allegations.


The leaders were accused of misappropriation of funds meant for running IOOW activities,which led to their unceremonious exit.


They were accused of not being able to account for donations made by Nigerians in the Diaspora .


They have separately denied the accusations, expressing willingness to be investigated and have dared anyone to come up with evidence of fraud against them which has further worsened the crisis in the group.


Akintoye ,who headed the group, was accused of selling out and not offering details .


He resigned and handed over the mantle of leadership to his deputy , Adeniran ,whom he advised in a letter to bring everyone together and resolve all contending issues.


What are your thoughts on this, as this agitation seems to be so important to the Yorubas? 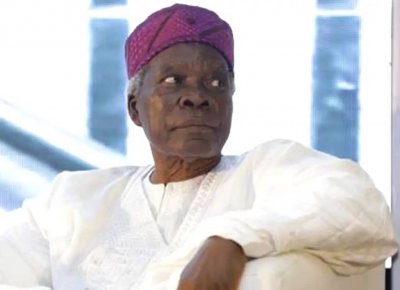