Manchester United currently have one of the biggest Star names in the world as a team even bigger than Manchester City, Liverpool, Chelsea, Bayern Munich.
Unfortunately more than 3 Managers have tried to coach the team but they all failed in their bid to make the team great again.
We have noticed also that overtime, there seems to be a dressing room upset between managers and players.
The new interim manager Ralf Rangnick came with an intent for a pressing and no back passes tactics but they only manage to play that half time of the first game the manager came.
Presently there seems to be another dressing room dispute between managers and the players.

My question is that the status of the stars in the team being the reason for the dispute? Should Manchester United take all the big names and start with players that wish to submit to the manager? Are the players refusing to play according to the managers idea?

Or is the manager lacking tactics?

Drop your comments below 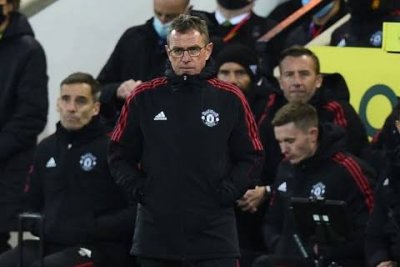 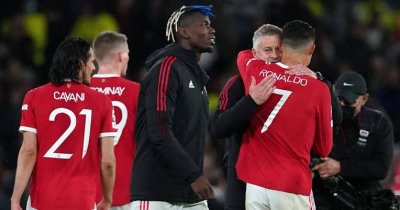 I think the problem is the players being too lazy to play to the coaches tactics.

These players are just too comfortable despite the fact that they are average players.. That is why the performance of the team is below par.

@nagian👏. Well said bro, these Manchester United players are just to comfortable playing arrant nonsense on the field of play...

I feel the problem of Manchester United is not from the players neither is it from the manager, but it's from their board of directors...

@Vickybrown:. Well said bro... This is the exact problem of Manchester United.

They is why some football managers are not interested in the job due to their transfer policy...

Are you guys talking about that mediocre team called Manchester United???

That loves to buy British players?

Which is why the team lacks progress.
Theses British players they love to buy are average players and they would never make progress in any team...
I feel the team's problems is from the board precisely.

@ojc(E😀. U're very correct the transfer policy is something else the board would not give the manager a chance to buy the players he want.

At the end of the day, the board would go after average players that eventually mess the team up.

Despite the fact that I'm a Manchester United fan.
I'm not proud of the team's Performance.

@lilcent:. You're absolutely right about Manchester United as a team with a bunch of average British players...

Despite the fact that we think Manchester United problem is from the board.

I believe they also lack the rest right manager for the team.

When I look at this Manchester United team I just laugh.

I am a Manchester United fan but I am not proud of my team for now.

The January transfer window just ended and not even a single buy despite the lapses in the team.

Due to the issues of Mason greenwood, he's already left a hole in the team.

But we had the chance to sign Osmane Dembele, a better player from Barcelona and we could not go for it.

This is a team that wants to win a trophy this season.

I don't think we can win a coin this season.

Another loss for Manchester United yesterday as they were knocked out of the Fa cup by Middlesbrough.

I don't think there's any chance of them winning any silver ware this season.

@nagian👏. Take heart bro I can feel your pains...

@Vickybrown:. You must be joking right? Of all teams to leave Manchester United for, it would never be Liverpool.

It seems you don't understand the rivalry between Manchester United and Liverpool....

I would never leave my team for my deep hard rivals....

Instead of joining Liverpool, I would prefer to join Real Madrid or Barcelona.

But joining Liverpool is way out of it.

@lilcent:. Take it from me that Manchester United is not winning any silver ware this season.

If care is not taken they might not make it to the top four this season as well.

That team called Manchester United is a joke.

I watched the facup game that Manchester United played against Middlesbrough were they were knocked out on penalty shootout.

Manchester United had a lot of chance to bury that game in just 90mins but they could not make use of it.

Christiano Ronaldo even missed a penalty kick in the game.

With this i would never blame Manchester United coach for their poor form, I feel the players are not doing enough on the field of play...

@nagian👏. Those players are truly a real joke indeed...

But come to think of it, Manchester United are still in the champions league.

I feel they still have a lot to play for this season.

So there's still a chance for a silverware this season...

Man United what's happening now? This one that every team now sees u as a means of earning three points....

As in ehnnn I don't understand again ooo... Looks like Manchester United is running a promo for any team that plays against them right now

@ojc(E😀 hmmmmnnn you think so?? Will the board even allow him to be very effective? Will he be able to handle the pressure of delivering?