A sad story spread throughout Yenagoa, Bayelsa state. It was gathered that a man (46years) out of dispute called his wife home and when she was sleeping used sledgehammer to kill the wife and then took a poisonous substance which is suspected to be Snipper to kill himself.
The sister of the deceased narrated the story that she was with the her when the husband called and asked to speak with the wife and she said to deliver the message when she gets to where his wife was and which she did when she got to her and she returned home. After some time that the son of the deceased called to inform her that the mother was dead and then she asked where the father was and the child said was dead too which she ran to the house and went straight to the room only to discover what happened in the room.
She further suspected that the genesis of the issue was when she involved the sister's husband in a contract which paid him #800,000 Naira and he didn't give the wife anything and she was angry about it and she reported the matter to her and she approached him and told him it was a bad thing what he did.
They probably didn't settle the matter and led to the unfortunate end. 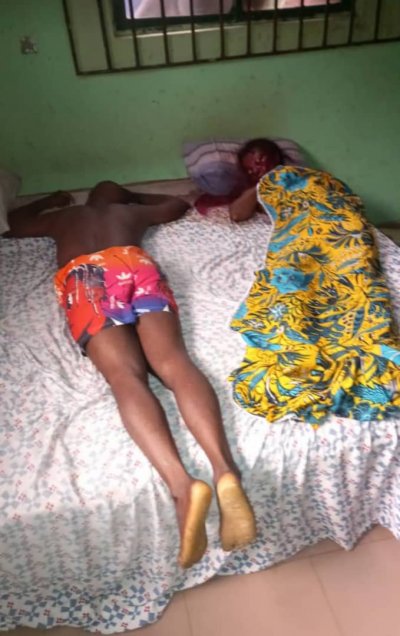 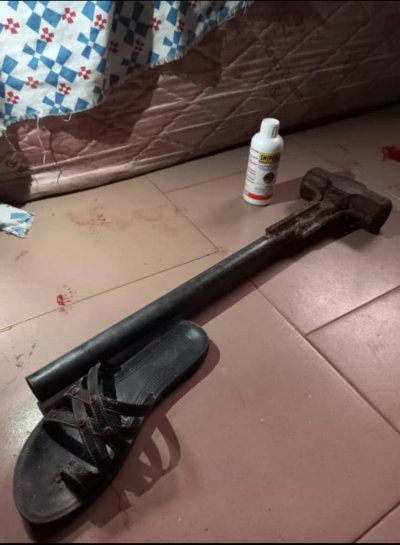 Hmmmmm! The fact that money answereth all things and money is the root of all evil can not be overemphasized. This is a sad story!.
Recently I was reading a book titled "The Smart Money Woman". That book made me understand that one of the things couples about to get married should be able to discuss and settle undoubtedly before marriage is the issue of money. Everyone has their way of reacting to money and both partners need to understand how each of them reacts to money and then know how best to deal with it amicably!. If that is out of the way, I think the couples fight both couples will have after marriage will greatly reduce even if they don't have plenty of money!.


Another important thing I used to say and will continue to say is that everyone should have more than one source of income! I know the man is the main provider but ladies please, guard yourself!. Life isn't a bed of roses neither is marriage! Saying " I love you" and confessing your love to each other only last 2 minutes, maximum!. Life is real! And it's full of problems and one of the main problems is money! Try to be able to solve that problem to the very least before marriage, please!.
Have always tell myself that I can't suffer all my life, get married and continue to suffer, No way! If I will go and suffer especially regarding money, please I am not down for marriage then!.
**Wonders**

What a tragic story this is... All in the name of money....
May her gentle soul rest in peace. As for the man, I can only imagine what he's going through right now wherever he is.
**LAGOS**

I am really short of what hearing this and even seeing the picture of the man that killed his wife and his and his corpse also at the same time after he had killed his wife. I really feel sorry for this incidence as there are lots of things that are happening in Nigeria today that do not happen year back and things like this happen in other countries but not in Nigeria but here we are today seeing different incidents that brings about sorrowful memory.
What could have happened that this man would have done such a thing to his wife and himself.
I can't imagine a man would comfortably carry a sledge hammer and hit it on an animal let alone a human being.
I just pray that such a thing like this does not happen again, as this is really a pathetic situation. The economy is becoming unbearable and this is really leading to various inhuman actions in different parts of the country.

The one that is eating deep into the nation now are the various evil acts that are rampant now like kidnapping, burning of houses and the destruction of both private and public properties.

Killings, raping and various forms of terrorists acts majorly in the Northern part of the country and these act are now extending to other parts gradually.

I pray that true leaders that have the country at heart would emerge and take the country to the promise land.
**Help the needy and love everyone**

So, I read this story here yesterday and I had to come comment this morning.... It's still a shock to me...

I never imagined that such a news can come out from Yenagoa...

A whole lot of things happen because of money... Like the Bible called it... The root of all evils.

Imagine the wrong choices that this man and woman had made now. Putting the rest of the family in pain.

I hope the true cause of this is looked into.
**Don't be a good student and a bad teacher.**

What can we called this wow this is a bad stoey all the way.

So many things like this are happening only God can help us all does that mean the man has drank before taking this action.

Some time frustration makes people do things bad to themselves after killing the wife with an hammer he also killed himself too with a poision this is serious.