re"> Nigeria got freedom and became an independent state or country in 1960 to 1963 and of course it was civilian in power till 1966, The military took over through Coup. Over time, Military ruled the country and almost too long or longer than the Civilians and so far, it looks like that mentality has gotten to the Nigeria people acting as it has always been in Military rule.
re"> This is the year 2020 almost 2021 and some how you can see that though Nigeria claim to be a democratic state, but it looks like it is just a cover from the rest of the world to assume that democracy is what is practiced. The last #EndSars protest shows or exposed Nigeria heavily as protesters were shot, oppressed and arrested. Before now was the '#Revolution Now' by Sowore who was protesting and was arrested which we all know that constitutional, it is their right to protest. We have seen the police brutality and other power driven politicians do like god's and hoard the countries money and build empire and nothing is done and more that cannot be mentioned here.
re"> Only in Nigeria will a ruling party oppress the minority party and harass them and also arrest them for corruption while the corrupt politicians in the ruling party are pardoned and seen as saints. Nigeria is blessed with so much blessing from man power to mineral resources etc. but yet there is so much marginalisation between the rich and the power and the difference is so much. It is in Nigeria where you get the Richest men in Africa and you get the poorest people in the whole wide world. Power is much in the North that other tribes and ethnic do have have much power as it is witnessed right now.
re"> The question is, is Nigeria a Democratic state? if you think it is not a democratic state, what can it be called that Nigeria operate?

Nigeria is a currently a democratic state. It's just that Nigeria has now turned into a country whereby abuse of wealth, misuse of power and corruption has been the order of the day and that is why it is looking like we are still in military system even though we are not.

Our current president has once served in the country's military system and during that time freedom of speech was not in existence and that is the major reason he first removed freedom of speech which the former president gave to all Citizens of Nigeria. And now as we are all aware, they are currently looking for a way to pass a bill for regulation of social media. This is because social media exposed alot of their wrong doings especially during the recently concluded end SARS protest and now they see it as an obstacle.
Nigeria has now turned into a country whereby the law is meant to be obeyed by some category of people while there are other categories that shatter and break the law with ease and peace of mind because they have godfathers and wealth.
Corruption has ruined Nigeria and now if you are not practicing corruption in one way or the other in this country,  it will be very difficult for you to thrive. That is why currently there is a popular statement making waves in pidgin " NA THIEF WHEN THEM CATCH BE THIEF ". Meaning that you should feel comfortable doing illegal things until you're caught and if you're not caught.
**chamak collections**

I don't think so, in democracy, there is freedom to protest, freedom of speech, freedom to express one's feeling, but the case of Nigeria is different, our own democracy has been jeopardise by set of people that has been govern us. Our leader. In my our opinion
**Aremo**

Our country claims to be ruling in a democratic way, but we all know that is just a slip on tongue. In fact I don't even know what type of government am to call it, it is all complicated!.
The Democratic rules have been put aside, and self rules are now developed by the government. Citizens are now denied of their rights in the country.,the law maker are now the law breaker.,our leaders are now the top criminals in the country.,the vote of citizens no more counts during election; yet they claim it is free and fair!.
The fail to perform their responsibilities on the citizens and yet we are still tormented by them. Why can't they just leave us alone rather than adding to our problem.
Corruption has made the leaders heart, a place of rest., making money has being their priority, and yet they claim they care for the citizens.
Democracy is indeed found wanted in our country. 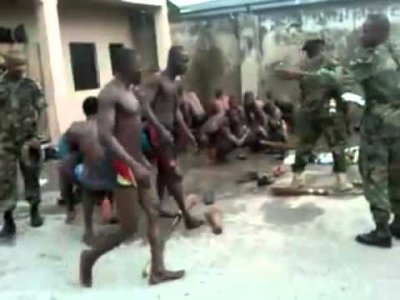 Nigeria got her independent in October first 1960, we are into civilian government through the practice of democracy but the democratic is working at the wrong side .
We do not practice democracy because democratic system of government is a fair and transparent government.
In democracy county people vote for their own choice of leader ,but in the case of Nigeria either you like it or not anyone been announce as the leader is a leader no one can change it.

If we see things we do not won't or things we do not like we can protest because we make use of democracy government but if you protest in Nigeria you can be killed any thing that happens should just be which is not proper.

Nigeria is not a democratic state but it is an autocratic state.
This is a country where we the citizens do not have any say, infact it's as if we have sold our rights to the government a long time ago.

@nagian👏 you're actually right about the fact that Nigeria is an autocratic nation.

This is a country where the government could implement a policy without putting into consideration it's citizens.
.
The worst part of it is that expect us to just accept whatever they tell us without asking questions just the way they lead their cows in the north.
**liltech**

We are all really surprised as at this time to see the nation turn to this, right in front of our eyes asking if Nigeria is still a democratic state or orderwise is not really out of it because it's more or less like everything is just being ruled like is the regime of the military.
I don't understand if those that called this regime democracy understand what democracy is all about as there is no longer freedom in the land.
The killing, the kidnapping, destruction of property and many more to mention but a few is just getting out of hands and it's becoming unimaginable.
This is the man that said if they did not allow him to become president, he is going to make the former president and country ungovernable.
This same man used to be the agitator for boko Haram in those years and the same person now became the president, how do we expect him to go against boko Haram.
He has been agitating for them and these are not just ordinary. Where is the freedom of speech, right of expression, fundamental human right as everything is turned the other way around.
If you try to fight for your right or to complain that things are not in place someone like that will be seen as the enemy of the State while the real enemies of the States keep having their way making laws and passing bills that favours them and doing everything that will work in their own favour.
One thing that is so certain is that they will not live forever and they will not keep doing this forever as the power that is intoxicating them would eventually leave them one day.
Where are the former leaders today and how are they coping? look at former president IBB and his state of health now I just pray that the nation is not completely destroyed till we get the salvation that is needed so that Nigeria can be restored again I will have a better idea that we used to have in the past thank you as this is my own view and contribution and the topic.
**Help the needy and love everyone**

@Fashnet: Corruption would still be persistent in this country if nothing is done about it.

If no one questions the injustice, the bias and corrupt practices of this government it would only go from bad to worse.

We have to stand up for our right so that things would get better...

United we stand, divided we fall...
**Man United for Life**

Nigeria is not a Democratic state ,Nigeria is a state of wickedness ,corruption and many criminals act

Nigerian citizen are very aware that the constitution we are using is just by an ordinary mouth .
In our constitution it was been written there that we make use if Democratic systems if government but we are all deciving ourselves we practice demo stupid in our country nigeria.

Democratic is a transparent government system where all the citizen enjoy but nigeria citizen are in sorrow ,crying .
**Oladipupo **

Nigeria is not a Democratic state ,Nigeria is a state of wickedness ,corruption and many criminals act

Nigerian citizen are very aware that the constitution we are using is just by an ordinary mouth .
In our constitution it was been written there that we make use if Democratic systems if government but we are all deciving ourselves we practice demo stupid in our country nigeria.

Democratic is a transparent government system where all the citizen enjoy but nigeria citizen are in sorrow ,crying .
**Oladipupo **

I heard a news today that they found ten million naira in one of the top politicians house ,please tell me the money is for what that huge amount of money where is this country heading to we are confused.
There are many things which the government has to do to improve the country but they wont , democracy is a fair government which the citizen has the opportunity to live a good life .
Our country is already dead Nigeria can never weak up anymore never because of the bad leaders we have .
In democracy we should be united all together but now we have all scattered because the hausa,yoruba,igbo wont to depart.
Nigeria is not a Democratic country .
**Oladipupo **