The Independent Corrupt Practices and Other Related Offences Commission (ICPC) has bemoaned the ugly trend of lecturers demanding sexual gratifications from students in higher institutions of learning.

The commission has just concluded two cases of sexual harassment ,one of which ended in the conviction of the suspect.

In furtherance of this, the Chairperson of ICPC, Mr. Bolaji Owosanoye
said the commission was training and retraining its officers on how to handle sexual harassment cases. He said that trained officers also conducted trainings for their colleagues.

He also added that the commission would increase campaigns and public enlightenment against sexual harassment across the country.

The commission has partnered with some civil society organisations to carry out training for students while the Education and Public Enlightenment Department had taken up the task of including talks on sexual harassment in its different engagements. 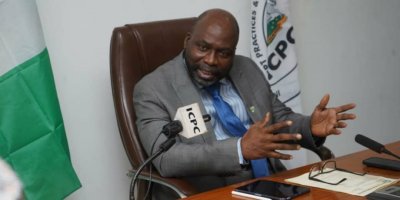 Sexsual harrassment,this is a dangerous offence in University settings and most be taking seriously for the protection of the students.
**Prince Benjamin**

What a right step in the right direction...
**Just me**

Lol, maybe is the female student that seduce the lecturer and plans to blackmail in order to get a good grade in his course. From another perspective though.