As the governor of River state Gover Nyesom Wike has said that he is worried for The Peopls Democratice Party (PDP) As the former president Olusegun Obasanjos endorses The Candidate of the Labour Party (LP) Mr Peter Obi.

In a statement he said "I meant no bad, I'm only worried as a prominent PDP member, A man who loves PDP should be worried"
I was not mocking anybody, I was merely worried, My prayer was, look, let Obasanjo remain quiet and not say anything, That was all my prayer, but my prayer didn't work,
My prayer was that if this man makes any statement it will indict us because he was President under the Peoples Democratic Party for eight years and he worked with our presidential candidate,
And the campaign of our presidential council is that our presidential candidate during the eight years did very well with experience".

he futher added saying "All I did was to express concern, If you care for this party , it is for you to go back and ask what is fundamentally wrong,
Me that is worried that we should do something and have expressed it, you're abusing me for telling the party that we should do something.
They are not bothered, but those of us who since 1998 joined this party, contributed for the survival of this party until now, we keep shouting always when we see danger coming.
Abuses upon abuses it will not change anything, rather it will spoil more things. What you don't know, ask people, seek for advise, people will help you to solve the problem.
Nobody can drive us (Integrity Group) from this house (PDP) we have built. All of us will fight here.
So, if anybody thinks that you can just sit in your house and dish out orders, it will not work. The house will collapse on you. So, you better think twice". 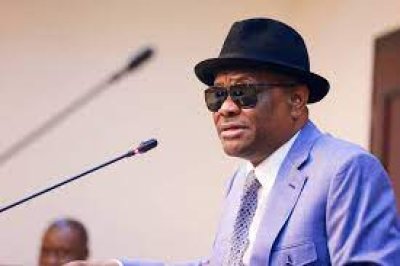