For the past one week, Social media has been occupied by
One man's name in Nigeria and it is no one else but the name OBi CUBANA the from Oba in Anambra State.

The popular business man got more popular after The Mothers burial who died last year took place last week. And everyone who visited the place saw money raining down in an endless manner in all kind of currency from Naira to dollars and Euros As it was so obvious that news from different angle spread the news.

A lot of Nigerians question CUBANA's source of income as to why so much money rained and seeing the kind of men who visited from music star Davido to movie star Kanayo O Kanayo and other big names was there spraying money in bundles.

Now, I decided to find out too to know who this CUBANA is and I was amazed that such business was little known by many. CUBANA is a very successful businessman who owns hotels and clubs and other business in major cities like Abuja, Lagos, Enugu, Imo, Anambra and more. After seeing videos of his business, I stopped wondering about his wealth. The man is a wise businessman who have made a name for himself in big ways.

I don't know about his initial start up but any man who has that much business is definitely capable of having such extravagant spending in a burial. 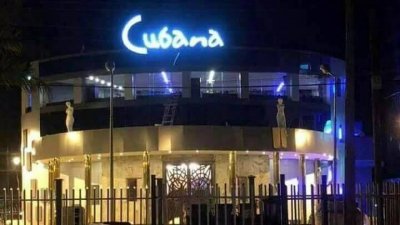 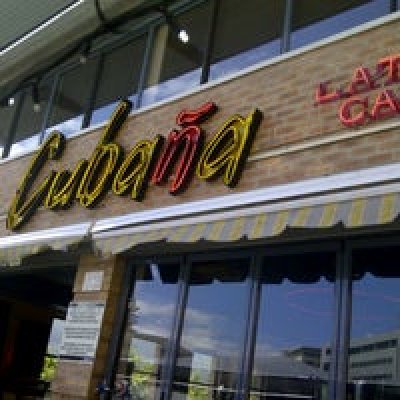 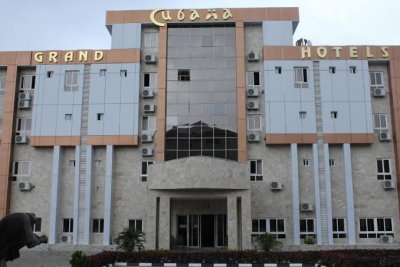 Wow that burial was the talk of the town up till now.
I've not seen such burial where money was raining like water vapour in the air.
Infact it made us forget that WizKid's birthday was on that same day because it was the major trending news on twitter.
Wherever his mum is right now she would be proud of her son.
May her soul rest in perfect peace.

I watched the burial ceremony video of Obi Cubana's mum.
When I saw the extravagant spending happening out there and the way they were spraying naira and dollars in bundles.
With the likes of Chief Priest, Zubby Michael, Kanayo O Kanayo.
I don't think such cash is legit.
Such spending should be questionable anytime anyday.
I don't think someone that suffered so hard to make money would want to lavish such money in that manner.

This is another nice topic that has been brought up here for our discussion and consideration as it regards Obi Cubana's wealth.
His wealth can be set to be suspicious if someone does not look deeply or find out what the young man does as business man.
Yeah we know that most Igbo men are in different kinds of businesses as we all know. They imports majorly spare parts of motor vehicles and all different types and they are very successful in different parts of Nigeria and even outside Nigeria in Africa and other parts of the world.
Most of them are very successful and now considering this man's show of wealth makes one to wonder if the money spent in millions of naira is actually from a right source.
Noting this fact, for a man to spend lavishly like that or extravagantly you wonder will one throw away the money gotten with sweat but we are meant to understand that he help a lot of successful businessman like his today who were once very poor.
He lifted them up so most of them came to show appreciation by spending for him and sponsoring most of the expenses that are engaged in the burial.
I think one of the lessons I learnt him this generally is that one should help as much as you can if you are blessed of your wealthy if we help all that indirectly we are helping ourselves and even the unborn generation that will be coming after us no matter what were explained people will not want to believe they will still want to find one excuse or the other because some Igbo people are into rituall but I think this man's wealth with the explanation is understandable so this is my own point of view in this topic thank you for coming up with you appreciate.
**Help the needy and love everyone**

When I saw the extravagant spending happening out there and the way they were spraying naira and dollars in bundles.

I don't think such cash is legit.

Such spending should be questionable anytime anyday.

I don't think someone that suffered so hard to make money would want to lavish such money in that manner.


You said a man who suffered to get his money would not want to lavish such money in that manner.
First of all, let me tell you that there are levels to things.
A poor man in the village will not spend 15k to buy a shoe. but a man working in the city can afford that and the same man who is able to afford 15k shoe may not be able to afford a shoe of 50k and there are many men who can afford it and even more. So, there are levels to things.

Cubana has money to spend seeing the abundant businesses he is into and the kind of men that work with and for him. Let me remind you that he was not the one spending money but friends that was spending the money. Now would you call Davido a ritualist who was spending huge amount of money in the burial? what of Kanayo O Kanayo who we know is rich from his acting too.
So, Cubana's mothers burial doesn't show he is a rutialist. Even if he is, but we cannot tell and i can tell you that his business is enough to spend money as he wish
****

Honestly, Obi Cubana's mum burial was different from the ones I have seeing. With top personalities ranging from movie stars, music stars, real estate moguls e.t.c.
That is a true definition of your network is your net worth. Hustle !!! and get along with people that can help your life.
****

@ojc(E😀 Well if you feel that his source of wealth is not legit, it's nobody's business.
As long as it is not affecting you in any way.
If u feel you're not comfortable with how he lavishes money on his mum's burial ceremony,
Then go and make your own money and stop questioning the source of wealth of other people.

Well, Everyone is entitled to their own opinion so he has his opinion and it's ok. i just feel the man is just good with businesses
****

In this part of the world we always question success for no reason.
Take for instance in Jamb, a student that scores up to 380 would be questioned by being asked to resit for jamb exams.
But no one questions the student that scored 50 or 100.
The same applies to a man that makes money, everyone questions his source of wealth but no one questions the poverty of a poor man.
Obi Cubana has made his money, whether it is legit or not, it is nobody's business.
**Just me**

True. No one asks the poor questions or get concerns about the poor people. But anyone who made it in any sphere of life is being questioned if it's genuine.
That alone shows that we don't expect people to be successful in Nigeria and that mindset has crippled Nigeria even our government is aiding this backwardness
****

Success is always questioned in this part of the world for no reason.

When one fails, people believe it's because he or she was not hardworking which is enough reason to fail.
But when one succeeds a lot of people begin to ask questions about the source of his wealth, thinking that he or she must have been involved in one or two dubious act to make money.
I call that mental slavery and we don't change our mindset on how we see success, it would be so far away from us.

That burial was phenomenal.

That burial was the talk of the town nation wide.
Infact it even made us forget that WizKid's birthday was on that day as well.
A friend of mine was even telling me that in the land of the dead, she would have been awarded ghost of the year for that burial.
Sounds funny tho...
**Man United for Life**