The National Industrial Court, NIC on Wednesday, the 21st of September presiding by Justice Polycarp Haman, order ASUU to suspend their seven months strike.
But ASUU President Professor, Emmanuel Osodeke in responds rejects court order. Assuring the university lecturers to remain calm that there is no cause of alarm on the order received earlier today and he also advised them to remain strong and absolute and if they are united, they can never be defeated.

The national student body's spokesperson, Giwa Temitope made a statement concerning the decision of the court as a 'black market judgement'. He went on to explain:
"Our attention has been drawn to news of a court judgement mandating the Academic Staff Union of Universities (ASUU) to call off its 7-month-strike. As an association, we feel disturbed to read the news of the judgement because we believe that it betrays equity.""

"Ordinarily, the federal government is not meant to have dragged ASUU to the Industrial court. But, the fact that they had to drag ASUU to court is a signal that this government cannot handle crisis."
And, we want to state categorically that the court cannot force members of ASUU back to lecture theatres. And, as it stands today, with that court judgement, we maintain that the court has not resolved the problem and we reject the judgement in strong terms.

"The court could have said that the federal government should go and pay rather than say that lecturers who are on strike should go back to classrooms.'

"We were expecting the court to have understood that lecturers are on (a) contract of personal service hence they cannot be compelled to render a service they don't want to render."

"The only remedy to this strike action is for the federal government to accede to the demands of ASUU which the government willingly entered into them and properly fund education." He cried out. 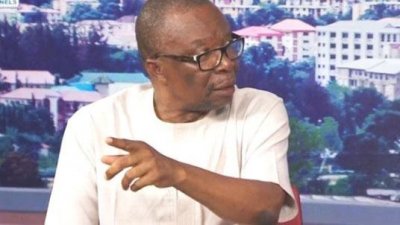 Lol, do they think that Asuu will just follow what they have said, they should go and tell the president to pay the bill
**Prince Benjamin**

Hmmmm. Am I the only one that thinks this Asuu issue is getting out of hands or is this how it has always been? Seriously, I know Asuu I've been going on strike but I don't think any of their strike has lasted this long. Or I'm incorrect?

Personally, I'm fed up, so fed up of staying at home. I just pray they resolve this soon.

My fellow students are already rejoicing that the strike is coming to an end. However, I've started fearing those people when they said they're ready to wait for 2 years and I wasn't so shock to see this after court asked them to call off.

The FG should know that we are not in a military dictatorship.
If they think giving that kind of order will change anything, then they wishing upon a star.

There are better ways of resolving issues in a democratic government.

Let them utilize those ways and stop dilly-dallying.
I wonder what this administration plans to campaign with as the election approaches when the education system is in a state of comatose?
**I love being me.**