The Africa Action Congress rejects the candidacy of popular human activist and publisher Omoyele Sowore of the 2023 general election.
The National Chairman of the party, Dr. Leonard Nzenwu made a statement to the press in Abuja on Wednesday, said that Sowore loot money from the public.
He further unveil that Omoyele Sowore began to work with forces within and outside the party with the aim of creating chaos in the party since on the 2nd of June 2022, because the party shows little or no interest in him stating that his works will not see the light of the day even as the party remains civil, law abiding and responsible.

His words were:
"Many mistook this elevated approach of ours as being weak and wondered why we did not adopt the crude and thuggish mannerist of the perpetual lawbreaker and out of favour character that cyberstalk everybody in the country for cheap popularity and monetary gains.
Facts is, his expulsion from the party with his ills is for this same reason and will do the party no good to embrace such despicable behaviour from an individual that nobody wants to relate with.
In our resolve, therefore, to remain civil and law-abiding in the face of the onslaught form enemies of our great party, we set out first during this period to establish the genuineness of the court judgement which he claimed gave him victory which was a lie.
The second thing we did was to counter him and hid troop legitimately in court which is ongoing, and they are literally scampering for safety now!
Following from above we now directed effort at ensuring that his name was removed as our great party's presidential candidate, this we also achieved.
Our next push is to ensure that his name is delisted as our great party's National Chairman and transmit all our candidates that emerged from our nationwide primaries. We are not relenting this end."

"All Leaders and State Chairman" he added, "are therefore directed to be on high alert as they called upon at anytime. Finally, we wish to thank all party faithfuls for their prayers and support." 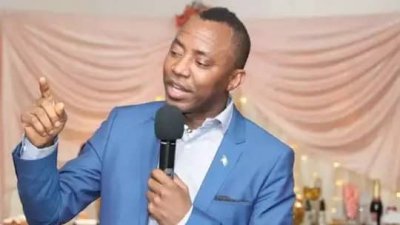 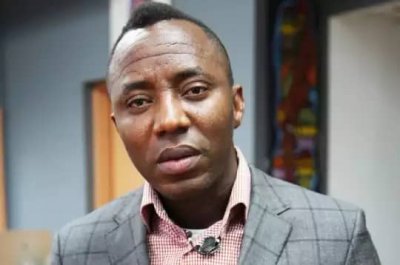 As for me, if Sowore wants to make a political mark, he should join a stronger party.
In fact, I strongly believe that someday he will be given a post and rule at any capacity.

He is a promising young politician whom people would want to pitch tents with .

He only needs a stronger platform to start from.
**I love being me.**