The Kano State Police Command confirmed the arrest of a Chinese man who butchered a lady for refusing his advances.

Reports on Saturday, said that the man trailed Ummita to her father's house in Janbulo area of Kano State, where he brutally killed her.

The Chinese man killed Ummita for refusing to explore a romantic relationship with him. He stabbed and slit her throat to death in Kano for rejecting his love. 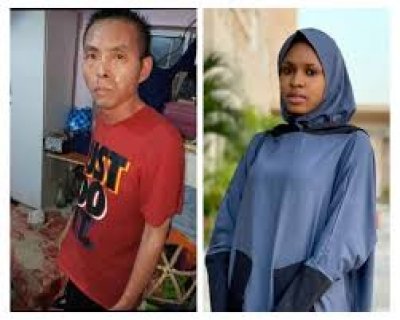 She wasn't butchered, she was stabbed because she refused to marry him after he had spent so much money on her.

It's quite unfortunate though. Some do this and get away with it but it wasn't so for her.

@Obajichi:tnx for the update👍
**Prince Benjamin**