The two suspects identified to be Gayawan Danzaria, aged 22 and Thank-God Obadia aged 18, are allegedly killed a man old enough to be their grandfather over witchcraft in Adamawa state.
The Police Public Relations Officer for Adamawa State, SP Suleiman Nguroje, confirmed the incident and also said the youths are arrested and investigation are still on going.
From the recent investigation process, it was gathered on Monday, that a woman allegedly accused the deceased of bewitching her son and then arranged with the young men to murder the old man who was axed to death.

"The accused will be thoroughly investigated and charged to court", Nguroje assured. 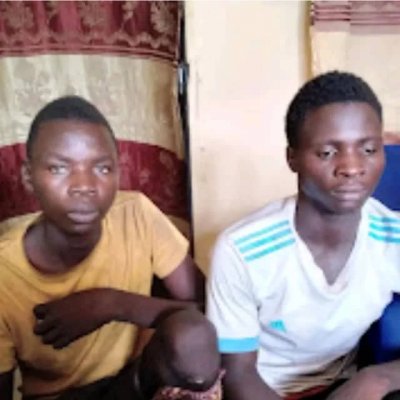 I hope that these people have the actual prove to say the man is a witchcraft before killing him. 🙏
**Prince Benjamin**

They have succeeded in landing themselves in more trouble.

Even if the man was truly a wizard, only God could have dealt with him accordingly.

This is double wahala for dead body.
**I love being me.**